Search the loop!
Are you hungry for some fun and free LOOP LOOT! Olympic Culinary Loop is pleased to reward our loyal "Taste Tourists" with monthly give away of $50 in LOOP LOOT!

Use just like cash as you eat your way all around the Olympic Culinary Loop. Fill your pockets with valuable LOOP LOOT by simply participating in our monthly social media contests.

Melanie is the lucky person honored to receive $50 in LOOP LOOT in order to help her eat your way around the Olympic Peninsula.

The current LOOP LOOT photo subject is delicious Dungeness Crab and Seafood being enjoyed around the LOOP!
As always: 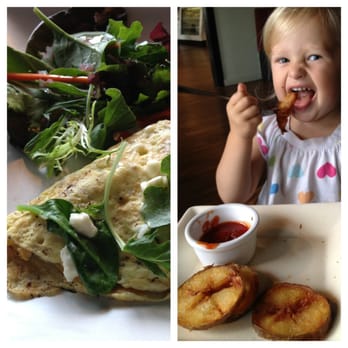 Photograph and share your Loop Loot adventure and you'll be automatically entered to win $50 of monthly LOOP LOOT
Here's How:
1)  Simply post an image based on that month's LOOP LOOT theme, e.g. if "Spring Bounty", think: Eggs (even on your plate!), Chicks, Ducks, Turkey, Eagle?!?, ideally with you enjoying it / them somewhere around the Olympic Culinary Loop to www.facebook.com/OlympicCulinaryLoop
2) Be sure to the LOOP location or culinary festival event where your photo was taken
3) Be sure to include the hash tag(s) #OlympicCulinaryLOOP and/or#LoopLoot in your photo description.

That's it! At the end of the month, if your posting has most comments and likes combined, YOU WIN! *
Simply let others know about your delicious destination and you're entered to win $50 in LOOP LOOT! Good luck! Looking forward to seeing you around the LOOP.   *The fine print" (LOOP LOOT's official contest rules): NO PURCHASE OR PAYMENT OF ANY KIND IS NECESSARY TO ENTER OR WIN. The LOOP LOOT "Contest" is a promotional rewards offering of the Olympic Culinary Loop (OCL), as "Sponsor", and not in anyway sponsored, endorsed, administered by, or associated with Facebook.  Any questions, comments or complaints regarding the promotion will be directed to Sponsor, not Facebook. This contest is governed by these official rules (“Official Rules”). By participating in the contest, each entrant agrees to abide by these Official Rules, including all eligibility requirements, and understands that the results of the contest, as determined by Sponsor and its agents, are final in all respects. The contest is subject to all federal, state and local laws and regulations and is void where prohibited by law. Read full rules...
follow & connect
like & share!